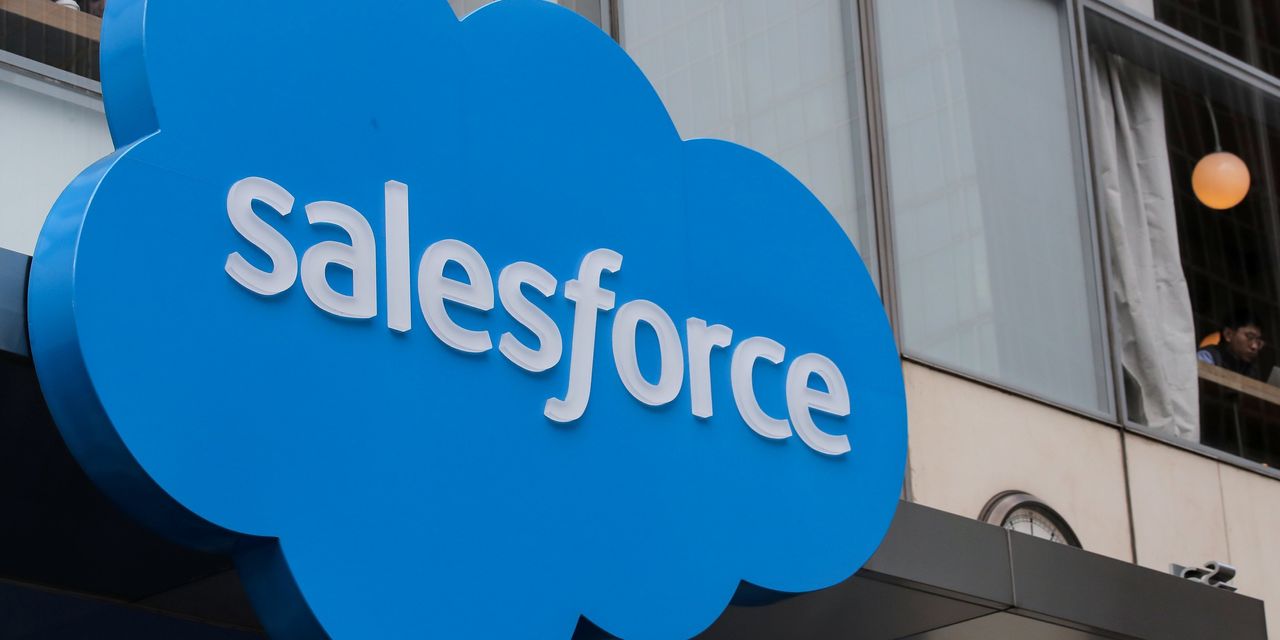 After facing public backlash in 2018 for doing business with U.S. immigration authorities amid the separation of migrant families at the southern U.S. border, Salesforce.com Inc., a company known for speaking up on social issues, hired a resident ethicist.

Although the company’s contract with U.S. Customs and Border Protection remains in place, Salesforce has tackled other controversial issues. In her first year on the job, Ms. Goldman supervised the development of a corporate policy that prohibits customers from using Salesforce’s software to sell military-style firearms to private citizens.

She also is responsible for ensuring Salesforce’s products are developed with ethics in mind, particularly those involving artificial intelligence. One way she has done that is by introducing a process known as “consequence scanning,” an exercise that requires employees to document the potential unintended outcomes of releasing a new function, she said.

“We’re in this moment of correction where it’s like, ‘Oh yeah, this is our responsibility to integrate this question into the way we do business,’” Ms. Goldman said.

Before joining the San Francisco-based company, Ms. Goldman, who was trained as an anthropologist, was a senior leader at Omidyar Network, the social-impact investing firm founded by eBay Inc. founder Pierre Omidyar. She also was a member of Salesforce’s ethical use advisory council, a group made up of employees and external technology experts.

Ms. Goldman, who reports to Salesforce Chief Equality Officer Tony Prophet, spoke with Risk & Compliance Journal about her first year on the job. Here are edited and condensed excerpts from the conversation.

WSJ: The restrictions that Salesforce placed on firearms—does your office facilitate those conversations internally?

Yes, we do. How it works is, the council plays a really important role. We set up these processes for [employees] to raise flags. And then obviously we’re also proactively looking at, what are the biggest risk areas? What types of policies put us on the best footing? When an issue is prioritized, we run through exhaustive analysis.

WSJ: Is that a financial analysis?

No. It’s an ethical analysis. So it’s: “What’s the issue? What role are we playing or not playing? How does it stack up against our principles? What are the different perspectives on this issue in civil society? What’s the regulatory landscape?” All of that stuff. And then ultimately [we come up with] a recommendation. Different subcommittees of the council are tasked with different topics, but we’ll take it to a subcommittee of the council. They will vote. That vote is advisory, and then it goes up to leadership.

WSJ: How was the firearms issue raised? Was it flagged internally?

We are always monitoring any number of issues that might cross our desk. In this case, an employee did raise the question. There were a number of internal discussions about how our product is getting used. What is our role in this issue? And a number of internal consultations with different teams, along with all of the analysis.

WSJ: Is it fair to describe one of your responsibilities as managing the reputation of the company?

No, I wouldn’t say that. I think that’s one of the things that sets apart an effort like this. We’re charged with taking an ethical lens to our actions, and that’s what leads the analysis. Sure, are there reputational consequences to the actions we take? Yeah, of course there are. But is that driving our action? No.

WSJ: Has your work on product design influenced the decisions the company has made on what to launch?

Definitely. And I think we’re working on what a more cohesive summary of what that is, but it manifests in a couple of different ways. I’ll give you an example.

Within our AI products, we have a feature called protected fields. Let’s say you’re building an algorithm and your training data has a category for race. And you’re saying, “Well, I don’t know if I want race in this algorithm because it might bias the results.” Using the protected fields feature, you can protect it so that it’s not included in the calculation.

But what’s interesting about this feature is that it will say, “Hey, I see you protected race. I see that you also have ZIP Codes, and ZIP Codes can be a proxy for race. Do you want to include this field?”

WSJ: What’s on the agenda for your second year?

A couple things. One is doubling down on the product side of the equation and really formalizing the goals with key buy-in across product leadership. And formalizing risk frameworks. We would be able to say, the same way that a security team would say, “I see a security risk. It’s level one, two, three or four.”

Number two, on the policy side of things, is continuing to add rigor to the process. And what does that mean? It means ever increasing the circle of stakeholders that we talk to within civil society.

Write to Kristin Broughton at Kristin.Broughton@wsj.com