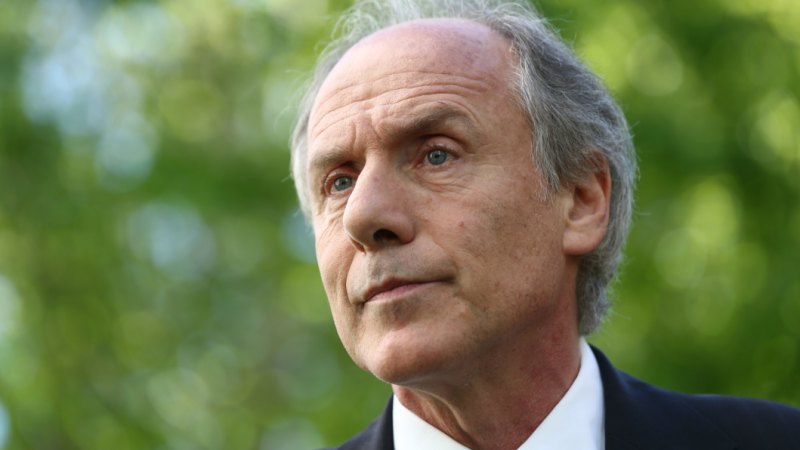 He likened this to the ability of a complete stranger to offer you unlimited furniture and non-stick frying pans in exchange for sitting in your bedroom for the next fortnight to observe your behaviour.

“We are repulsed by this prospect not because of its unfamiliarity, but because we innately feel that it violates fundamental principles we rightfully hold dear,” he said.

“But Google wants to do that – not for two weeks but potentially for the rest of your life. The idea of treating humans as objects, as data, to be studied and manipulated, rather than as cherished individuals entitled to inherent worth and dignity, stirs our deepest convictions.

“It crosses a moral boundary that needlessly encourages a conflict between science and ethics, which can only damage both our scientific endeavours and our nation as a whole.

“No matter how fast the pace of AI innovation, it must never surpass the primacy of human rights.”

Dr Finkel said while artificial intelligence was being used to advance humanity in areas such as IVF technology, there were risks that had to be taken into account.

He said the government needed to hear not just from computer scientists about how new AI technologies are introduced but also from academic leaders in ethics, philosophy, law and business.

“Science often moves faster than our ability to fully grasp all of its implications, leaving a trail of moral and ethical dilemmas in its wake,” he said.

“As the genius of AI pushes the boundaries of what we can do, we are faced with increasingly complex questions about what we should do. Answering these questions requires the application of ethics rather than physics. As such, it is not the province of scientists alone but of every individual.”